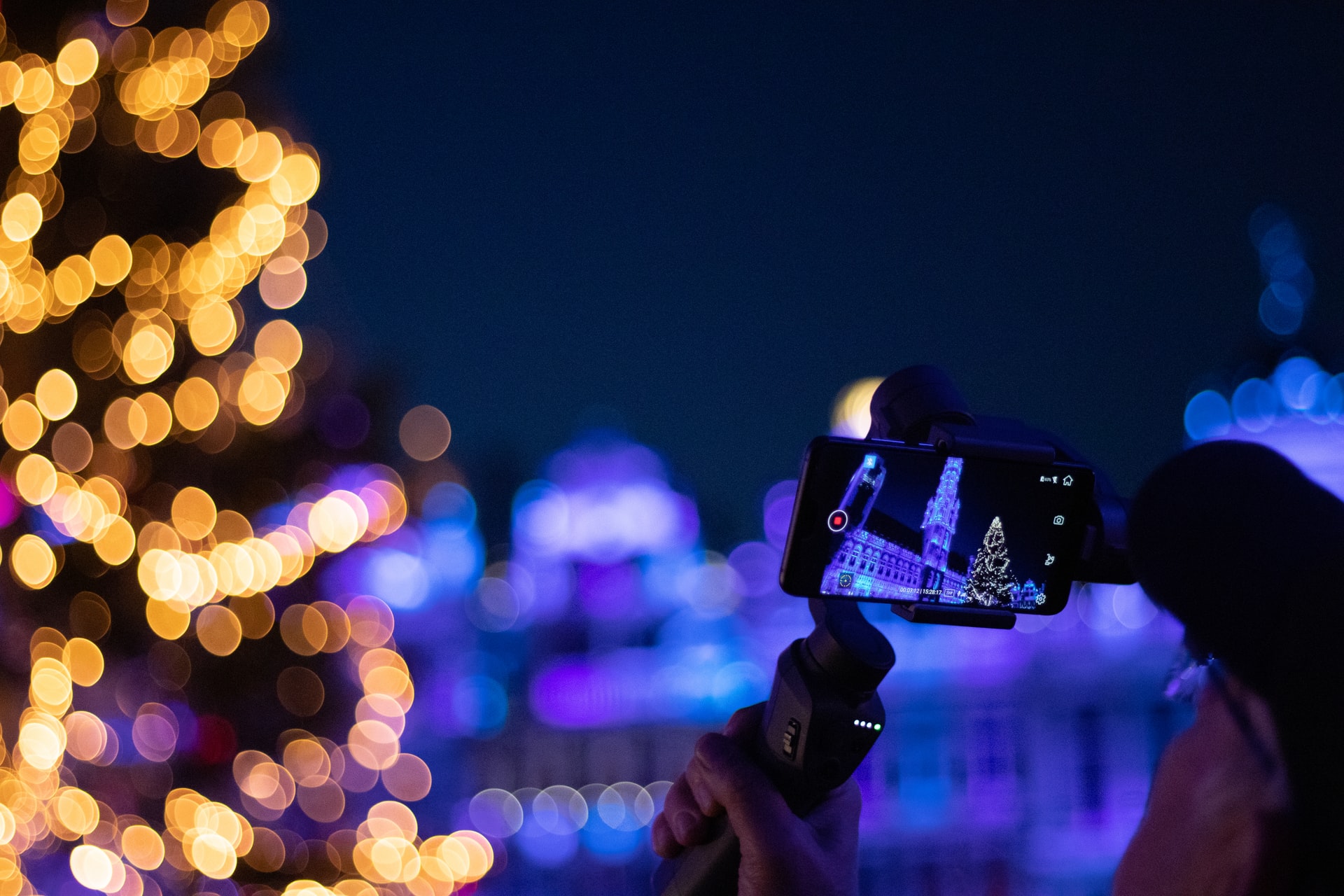 Portrait may be fine for Instagram or social media, but videos that you want to watch on computers, tablets, smartphones, and maybe even TVs require you to hold your phone in landscape or horizontal mode.

Portrait may be fine for Instagram or social media, but videos that you want to watch on computers, tablets, smartphones, and maybe even TVs require you to hold your phone in landscape or horizontal mode.

Lock your focus and exposure.

Every new smartphone these days will automatically focus and choose the exposure for your shot. This works well for a quick photo, but is not beneficial for videos.

As you move or pan your smartphone, your video will keep adjusting the exposure and focusing on different objects. That means, the video will be light and dark and the focus can move in and out.

Set the focus to the farthest point you want to capture and adjust the exposure to produce the most balanced amount of light. (Check your phone's camera app to find out how to do this).

Limit the length of your recordings.

If you want more than "home videos," schedule a video and shoot according to plan. Try to think about what type of story you want in a particular shot, then rotate shots from different angles at intervals of no more than 5 to 15 seconds - I prefer 10 seconds. That way, you'll have enough material to cut, but not so much that you have to wade through similar material minute after minute to find the material you want to use. There is such a thing as too much footage indeed!

Depending on the type of travel video you're trying to create, you will likely have at least 10 and maybe two or three times as many transitions in a two to three minute video. (There you switch or move from one scene to the next.) So it's again a matter of shooting according to your plan. Plan what shots you want to take and how you want to move from one to the next, and how you will do that in the editing process. As you move from one scene to the next, you want to smoothly guide your viewer through the story you are showing rather than just jumping from Boston to Budapest without visually knowing how and why.

Be calm when shooting.

If you don't want your video footage to come out distorted, blurry, or shaky, you need to hold your phone as still as possible while recording. This is why a smartphone device is so useful. The key to doing this is to hold your smartphone with both hands and keep your elbows as close to your body as possible during the recording. If you can, use a tripod or selfie stick with a tripod base to stabilize your smartphone. If you don't have that option, use physical objects to rest your phone while recording - I've used walls, fences, tables, chairs, even a log or large rock.

Never use the digital zoom.

As long as smartphones don't add extra lenses that can make optical zooming easier, all that digital zooming does is digitally enlarging the image you are currently viewing, i.e. pixelating (pixels are the dots that make up an image). To increase the size of the subject in the frame, either get closer or use an additional telephoto lens that clips or screws into your phone mount.

If you are worried about your memory, don't shoot in 4k.

Yes, Apple, Samsung and others are promoting 4k as the best video out there. And as for the resolution, it is. But it also gobbles up huge amounts of storage space. And unless you're shooting in 4k with an accompanying DSLR, in which case you absolutely want to shoot in the same resolution and frame rate per second for ease of editing, I'd recommend a video resolution of 1080 HD at 50 fps choose. 1080 HD is the resolution you record, meaning 1,000 horizontal lines of resolution in a single image - more than enough detail to display on any smartphone, tablet or computer. The 50 fps means that you are recording at 50 frames per second. The default is 25 fps, but 50 fps means your action shots and any movement (either of you or your subject) will appear less blurry, more detailed, and smoother. The viewer will notice this, if only subconsciously. For the record: I always record in 4k and 50 fps with my iPhone because it is often a second camera for me, with my primary camera being a Panasonic GH5S.

I cannot stress this enough. Nothing is worse than quick or jerky pans and quick twists or turns while watching a video. It can even make some people feel nauseous while watching the video. Focus on moving slowly and steadily as you pan or turn. It takes some practice.

If you plan to record live ambient sounds - e.g. For example, cars, noise from crowds, music, birds or rushing water - make sure your microphone is up to the job. Aside from the live sounds, adding different soundtracks can really spice up a great travel video. Music sets the tone and, when used correctly, really makes a video. You can download free music from a variety of sources, all you have to do is specify the musician and source.

© 2022 Patrick Schmetzer - All copyrights and ancillary copyrights are reserved. A special permit is required for all uses, presentation, processing and duplication unless a statutory license exists. Violators will be prosecuted under civil and criminal law.